As rimfire enthusiasts, the .22 Rimfire Precision Rifle Target rack from C&H Precision Weapons is one of our favorite target systems. KYL, which stands for “Know your limits” is a target rack for testing a shooter’s skills. Designed with steel plates that get progressively smaller, it’s a good challenge for anyone. What might seem easy enough at 25 yards gets much more difficult as distance increases. 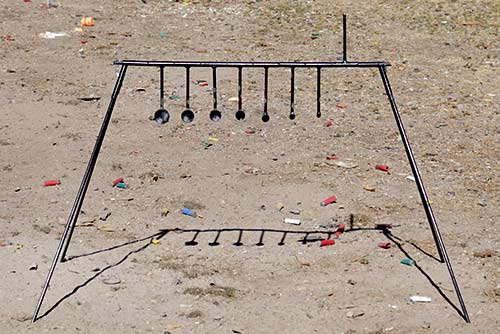 .22 Rimfire Precision Rifle Target rack from C&H Precision Weapons – I didn’t think to take a photo of the complete rack, but had this one where the 1/4″ plate swung up and stayed there.

This robust target rack is deceptively simple and robust. There are 8 steel plates from 2″ to 1/4″, in 1/4″ increments. Each one is welded to some round stock, with steel pipe on the other end. All eight slide onto the steel crossbar, which is held onto the end pieces by a pair of large cotter pins. They swing when hit, but not a lot, since they are fairly heavy compared to the typical .22 round. The four 40″ legs are the same as the 40″ steel crossbar, just without holes for pins. Total weight for the setup is listed as 20 pounds. 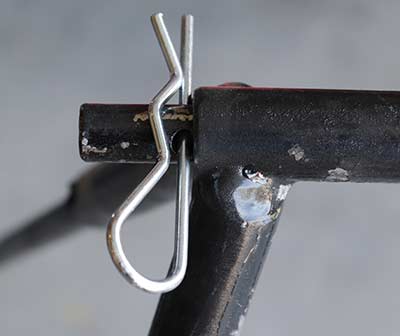 All parts are finished with black paint. There really isn’t any coating that is going to hold up well to the constant battering of even relatively low-energy rimfire. When it starts to show some wear, hit it with a can of spray paint. That should be the extent of maintenance. As long as you don’t let it rust, and don’t shoot it with anything larger than a .22, you can expect years of use out of it.

I just leave the plates on the crossbar, attached to the V-shaped end pieces that hold the legs. All that’s required to assemble it is to insert the legs, one side at a time. This is another one of those “it takes longer to type this out than it does to actually do it” tasks. Of course, taking it down is a matter of removing the legs. No tools are required for any part of this, so really, it couldn’t be easier. 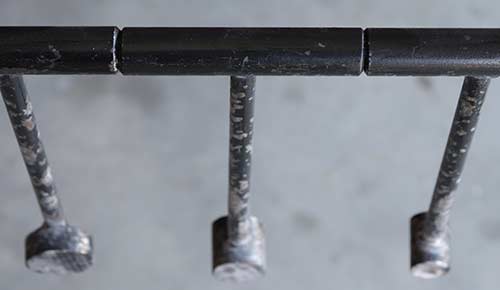 Closeup of plates where the crossbar slides through them

Typically, competitions are shot from either a bench or prone. Bipods and bags are encouraged, but stands like “Lead sleds” are not allowed. Neither are rear supports. This puts the competition on a more level playing field. Emphasis is on the shooter and rifle, not on extraneous gear. Distances are generally 25 and 50 yards, but 100 is also not entirely uncommon. 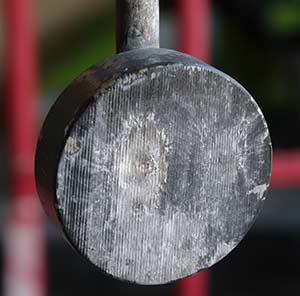 2″ plate, which is easy to hit

It would take an entire article to cover the official rules and scoring, but the premise is the same in most events. Whether timed or not, the goal is to hit each target, from largest to smallest. If/when you miss one, you’re done. Hence the “know your limits”. For our informal shooting, we don’t keep score. But we don’t allow slackers either. So if you miss one, you can start over from the beginning. The goal is for each shooter to experience the satisfaction of clearing the rack. 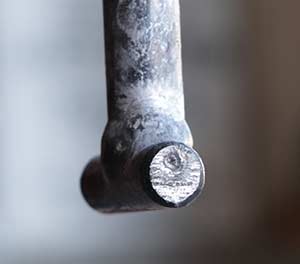 1/4″ plate, which is much more of a challenge

Although not offered by C&H Precision Weapons, there is a large KYL rack that goes from 8″ to 1″ in one inch increments. This allows for different divisions, and corresponding distances. In order to keep things fair, competitors who can consistently clear a rack at one distance are usually required to move to a more advanced division.

As mentioned, we’re using this in a non-competitive environment. Typical distance for us is around 35 yards. I’ll set it up, clear the rack to show a new (or new-ish) shooter that it can be done, then let them at it. For nearly everyone we take out, this is their first time with a precision .22, and their first time shooting steel. So the sound of that initial hit always brings a smile to their face.

Though I have a nice Savage MKII bolt action, we’ve been using the Ruger 10/22 format, either in rifle or Charger-length firearms. Everyone uses the same firearm until they have cleared the rack at least once, then they can use whichever they want, of the 3-4 we usually bring.

The KYL target rack is ideal for honing existing skills. If you think it’s easy at 50 yards, try 75, or 100. But it’s also a great way to introduce new users to the sport. Especially at 25 yards, where most shooters can clear it after a bit of practice. Which is why I find it invaluable. At the end of the day, I’m sending people home with confidence in themselves, and an understanding that recreational shooting is a safe and satisfying sport for almost all ages.

I’d like to thank C&H Precision Weapons for providing their .22 Rimfire Precision Rifle Target for our use and review. I’ve never been a big fan pf punching paper, and this system is exactly the sort of target setup I prefer. To get your own, or check out their full line of high quality and custom shooting gear, click here.

Comments? Questions? Have any of our readers used a KYL target rack, either for fun or competition? Feel free to share below.